Modern technologies for 3D modelling of terrain and buildings are now increasingly used in urban and infrastructure planning.

In addition to applications in urban planning, 3D city models are used for complex calculations in telecommunications. 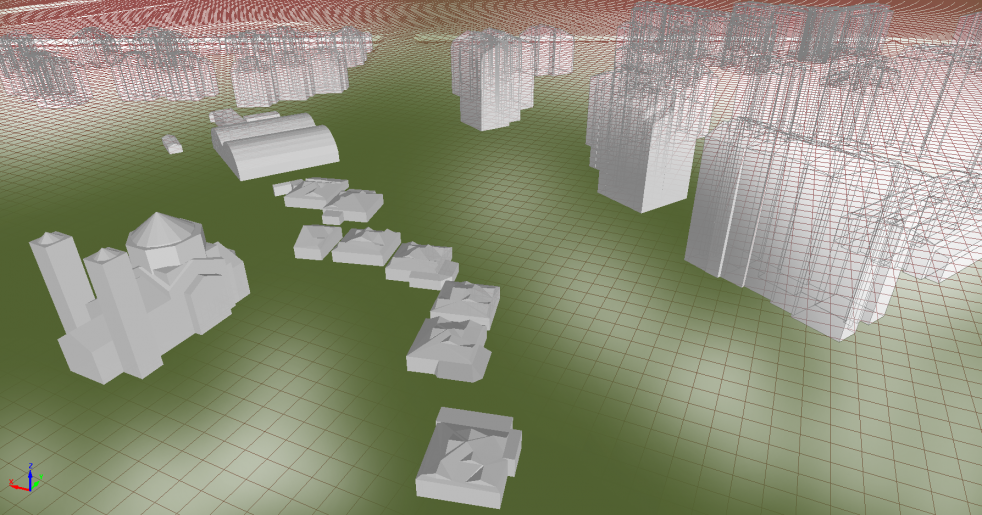 3D city models are the basis for the creation and development of smart cities.

The system is using vertical and oblique aerial images. Airplane carries the cameras with vertical and oblique sensors, as well as dual-frequency GPS receiver coupled to the inertial system. Precise sensor location and orientation is known for each image. Images are interconnected in a block that relies on ground control points (GCP), which are measured in the field with centimeter accuracy using high accuracy GPS receivers. This contributes to the high quality of the model geometry. 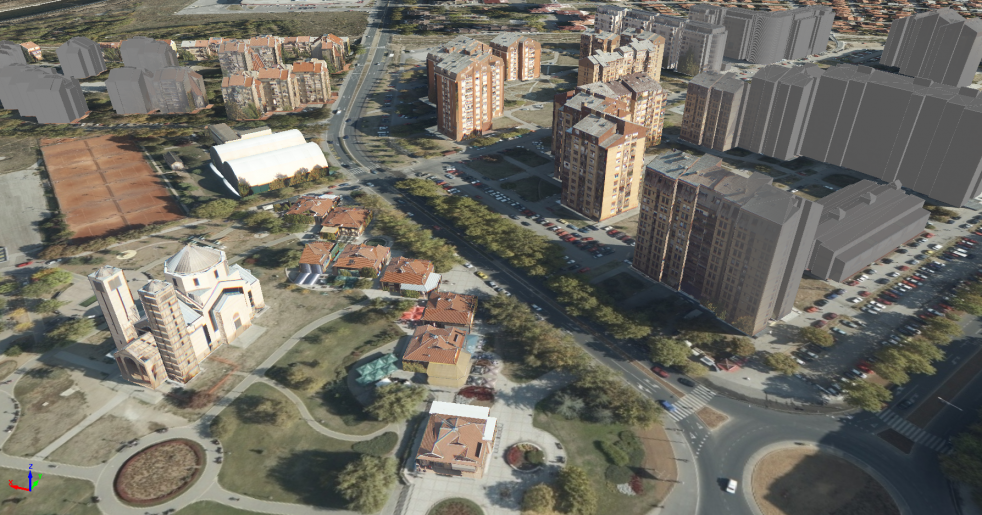 The development of computational techniques and algorithm for 3D modelling provided more detailed and complex display of three-dimensional objects. Models are displayed with increasing resolution and details. Since the models are precisely located in standard UTM 34N projection, there is possibility of using models in measurement purposes. For users who have system with 3D monitors, there is the possibility of stereo display; and for users with standard PCs, there is the possibility of 3D stereo display using stereo anaglyph glasses.

If you want to watch our models in stereo mode, please contact us via vv@geoinfo.rs and we will send you anaglyph stereo glasses.

3D models can be used in any standard CAD and GIS applications that supports work in 3D environment. Following picture represents the use of 3D models in AutoCAD.

3D city models can be used in Google Earth software, by using data in kml or kmz format.

We have conducted aerial survey of the following cities in Serbia: